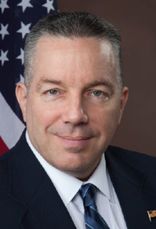 “The relationship between law enforcement and communities of color is in a deadly crisis, and our broken criminal justice system is impacting a growing number of women and their families.” Says HLADems president Lindsay Carlson.  “Alex Villanueva has specific ideas for how the Sheriff’s department can reduce the disproportionate use of deadly force against people of color, which includes raising hiring standards, offering increased de-escalation and crisis intervention training, and greater investments in community policing.”

Alex Villanueva is a lifelong Democrat and a 32-year veteran of the Los Angeles Sheriff’s Department. He served in the Air Force and Army National Guard and has a doctorate in Public Administration from the University of La Verne. He is poised to be the first Democratic Los Angeles County Sheriff in over 100 years. In addition to robust criminal justice reform ideas, he supports departmental policies and state legislation which prevents the Sheriff’s Department from cooperating with ICE, and he has mentored and provided training for female deputies and sergeants to successfully test and compete for their advancement. 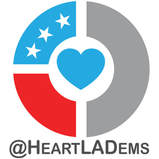