Endorsements took place at the Club's membership meeting January 24
Los Angeles County, CA – At its January 24, 2018 meeting, the Heart of LA Democratic Club (HLADems), a new Los Angeles County Democratic club which promotes equality and the full representation of women in local, state and national politics, voted to endorse for reelection to Congress Maxine Waters(CD43), Judy Chu (CD27), and Nanette Barragán (CD44). Sydney Kamlagerwon the endorsement vote for the special election to fill the California Assembly District 54 seat recently vacated by Sebastian Ridley Thomas. HLADems also endorsed Katie Hill as the Democratic candidate of choice to flip CD25, a congressional district that includes parts of north Los Angeles County, which is currently represented by Steve Knight. Recommended by the Club’s executive board and approved by membership, the endorsements continue to further the goals of the young club, which was founded in March 2017.

“We are excited to endorse five excellent candidates this month,” says HLADems President Lindsay Carlson. “Representatives Waters, Chu, and Barragán have served their constituents well in Washington, and we are confident that Katie Hill will join them as a strong addition to the California delegation next year. Sydney Kamlager has demonstrated a deep understanding of Assembly District 54 and the policy issues impacting its residents.” 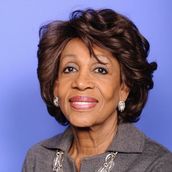 REPRESENTATIVE MAXINE WATERS FOR CA CONGRESSIONAL DISTRICT 43
Representative Maxine Waters is a prominent voice on behalf of women's issues, particularly in areas that disproportionately impact women of color. Among her first pieces of legislation was a bill to establish a women's bureau in the Department of Veterans Affairs. She continues to be a leading voice in the national fight to reduce the wealth gap, and her leadership in Congress on behalf of the resistance to Trump's agenda is unparalleled. 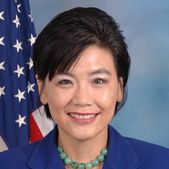 REPRESENTATIVE JUDY CHU FOR CA CONGRESSIONAL DISTRICT 27
The first Chinese American woman elected to the U.S. Congress, Representative Judy Chu is a trailblazer. In Congress, she has introduced legislation to safeguard women's healthcare and access to abortion services; fought to reauthorize the Violence Against Women Act; and promoted women owned businesses. Her fight for a Women’s Economic Agenda makes her a leader in the struggle for pay equity, paid family leave, and childcare. 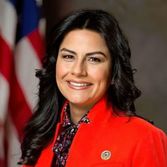 REPRESENTATIVE NANETTE BARRAGÁN FOR CA CONGRESSIONAL DISTRICT 44
A stalwart supporter of women's issues, Representative Nanette Barragán is a member of the Women's Issues, Hispanic, LGBT Equality, and Progressive caucuses. She was the first Latina ever elected to the Hermosa Beach City Council and is a champion for underserved families in her district. 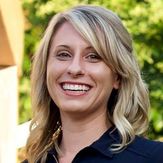 KATIE HILL FOR CA CONGRESSIONAL DISTRICT 25
​Katie Hill has a lifetime of experience in a district that clearly prefers their representatives to be “home-grown,” and has built a formidable campaign and harnessed community support. She has demonstrated extraordinary work with populations experiencing homelessness through her experience as Executive Director of PATH and demonstrates a thorough understanding of policy issues affecting the people in her district, a district in which the majority voted for Hillary Clinton in the 2016 elections. Heart of LA Democratic Club believes that Katie Hill is the right candidate to take on Republican incumbent Steve Knight. 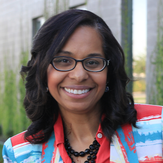 SYDNEY KAMLAGER FOR CA ASSEMBLY DISTRICT 54
Sydney Kamlager's 20 years of experience working with the residents of AD-54 – in her role as District Director to Holly J. Mitchell (AD-54), serving as president of The Los Angeles Community College District Board of Trustees (the largest community college district in the nation with more than 250,000 students) and as Director of External Affairs at Crystal Stairs makes her stand out candidate. Kamlager's intimate knowledge of the district, as well as of the legislative process in Sacramento make her uniquely qualified to get to work on behalf of constituents on day one. 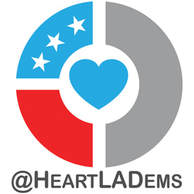