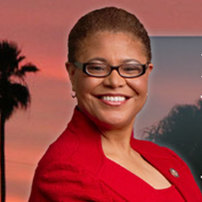 Los Angeles County, CA - Ahead of the 2018 elections, The Heart of LA Democratic Club (HLADems) voted to Endorse Representative Karen Bass (CD-37) and State Senator Holly Mitchell (State Senate District 30) for reelection. Recommended by HLADem's executive board and approved by membership, the endorsements are the firsts for the young club, which was founded in March 2017.

In a statement, Representative Karen Bass said, “Honored to receive the Heart of L.A. Democratic Club's first endorsement along with my friend, State Senator Holly J. Mitchell. Their mission is tried and true -- women should be fully and equally represented both in the political community and the national body politic. I look forward to continuing this mission in 2018.”

REPRESENTATIVE KAREN BASS
Representative Bass (California District 37) has shown true leadership on issues of great importance to women and families, and global equality.  She is a champion for foster children, having created in her first term the bipartisan Congressional Foster Youth Caucus along with co-chair U.S. Rep. Tom Marino (R-Pa.), which aims to transform the foster care system in America.  Democratic Leader Nancy Pelosi selected Representative Bass to serve on the prestigious Steering and Policy Committee, which sets the policy direction of the Democratic Caucus, and she serves as the Second Vice Chair for the Congressional Black Caucus (CBC) for the 115th Congress.  Representative Bass’ dedication to transparency and communication with her constituency is unrivaled. 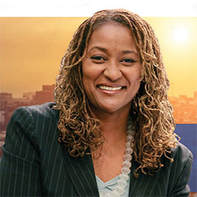 STATE SENATOR HOLLY MITCHELL
Senator Mitchell (California State Senate District 30) has shown dedication to issues impacting women and children, especially working individuals and families living in poverty, and advocates legislative policy to meet their needs.  She has also been a champion of juvenile justice reform, and has worked to improve the state’s health and education systems.  In her work at the Capitol, she balances business, human and environmental needs to expand economic opportunity while protecting natural resources.  Senator Mitchell has been recognized as Legislator of the Year.